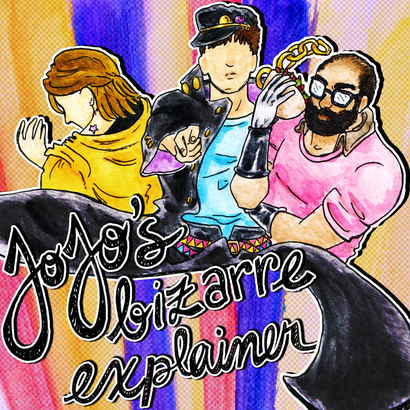 This week we talk about the recent live action film adaptation of Diamond Is Unbreakable. To the shock of no one, we all disagree on whether this is any good (but I, Courtney, officially say it isn’t because I write the descriptions so I have all the power here). There are wigs and mid-tier cosplay costumes aplenty, but a surprisingly awesome use of visual effects means that at least the stands effin’ rule. If you think of it as more of a miniseries than a movie, that might go well. Ultimately though, the movie commits the ultimate sin of casting someone as Jotato who, in the immortal words of friend-of-the-show Jacob, “could never fuck me right.”