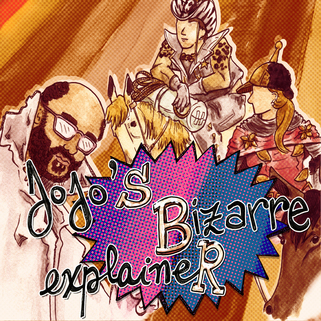 Johnny Joestar min-maxed his character sheet and put all his knowledge points in "horse". Araki can still only draw three faces, one of which is Britney Spears (not a criticism!). Diego Brando slowly turns into both a dinosaur and also the worst possible plus-one to a Tinder hook-up. Eliz and Courtney remain unapologetic Dio stans. Johnny's stand looks different now when he uses it and so of course we have to Explain that. Gyro is growing and developing as a character, which we can see by how he wads Johnny up into a tiny ball. And hope you weren't too attached to that dead bear because it's a dinosaur now.